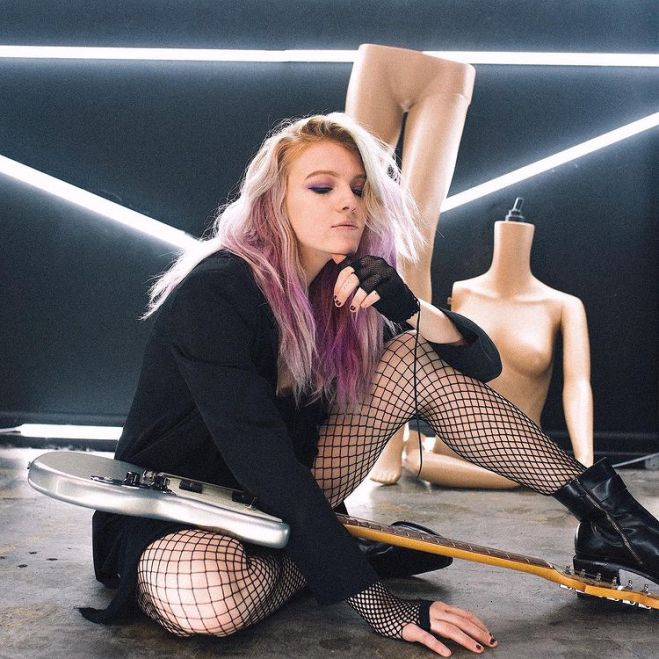 Don’t get me wrong.
I am not here to judge anyone, but this looks like the perfect subject to confirm my point about my last post.

So let me introduce WRENN, an alt-rock artist and a self-proclaimed sad girl; The 20-year-old Los Angeles native who already got featured on American Idol and The Voice, also on Dick Clark’s New Year’s Rockin’ Eve, where she performed with fellow singer Rachel Platten.

Recently she released a viral song called Hailey, which exposes the fact she got her ex cheating on her with one of her best friends, using an audio clip of the guy admitting it in the background, such as an outside-the-box promo.

I see a social war happening, stead of disclosing the real problem; society likes to blame people because of their sexual orientation, color, and social status, and the list goes on when the issue is the person itself.

People like to call me out for not keeping my promises, but they are the ones doing shit; when my philosophy is to treat others the way you want to be treated, and I practice it.

The culture influences people to live recklessly; yes, you can do whatever you want, so be ready to pay the consequences; the problem is exchanging sacred energy around even if just one time is already an attachment.

So think about it doesn’t matter if it is a friendship, partnership, or whatever, be sure to understand that any relationship is an exchange where both are equal and deserve respect.

On the run of her music career, getting Hollywood’s attention, including support from Blake Shelton, and having her music selected for the soundtrack of recent episodes of Ray Donovan and Lucifer, I had the opportunity to have a convo with her that can check out below.

Where did you come from and where are you based now, and why?

From and based in LA. I like it because you can pick what kind of energy you want to exist in for that day, and you don’t get that choice a lot of places. Plus you can always find a patch of grass to lay in.

What does it feel like to be born in LA?

There were always a lot of sub cultures that emerged that you wouldn’t have access to unless you were actively growing up here. It gives you a skill at adaptation that I really like.

Who inspired you to pursue a music career?

I don’t think it was one person or another. It just was. Maybe Smash Mouth.

How do you think the 90’s influenced you and your music career?

My melodic lines have always been pop-centric, but I enjoy the raw authenticity that a full band provides, and I think the 90’s capitalized on that sound the best. Plus I was born in the 90s. I’m sure there’s something to that.

When did you start to enjoy rock music?

What challenges did you face as a youth in pursuit of your music dream?

People always looking over my head. Figuratively and literally. I was very short until age 12.

As a Los Angeles native, do you think it has benefit you to beak out in the Hollywood music scene?

Yes. I never expect people to like me right away. I think that’s benefited me – though my therapist could disagree.

Describe your feelings when you’re recording music in the studio?

Have you ever rung out a sponge? It releases a lot of things that have been building up.

About your single, how is the feeling of being cheated on and exposing that?

What is next for WRENN?

Everything I’ve wanted to do for a while. And a whole new record. And a video game that goes with it. I’m just really excited for the future. Can’t wait for you to see.